Construction
I followed the pattern instructions with only a few alterations. I added the tulle to accommodate a customer's request, and I added a channel waistband to put a ribbon tie through. The pattern calls for the ribbon being fixed to the top of the panniers, serving as the waistband, which I didn't like.

Another change I made was to cut the pieces on the fold, eliminating the center seam. This means that there is no seam to leave open a the top and thus so slit for pocket access, but access to pockets wasn't a concern for my customer (this was for a theater production), so I simply left that step out.

Overall, I would say I really like this pattern. Isn't incredibly simple, just one piece, has ties rather than a static stay panel, allowing you to store the panniers flat out (this is especially important if you're using reed boning. Allowing them to lay flat in storage will keep them from losing their "spring" and holding out the pannier).

Reed Boning
As most consummate costumers know, the US company that made the plastic coated hoop wire we all used to love and use went out of business a few years back, leaving us with...problems. Even Simplicity knows this, which is why they have stopped printing it in the "Notions" area on their patterns.

This pattern states on the envelope: "5.5 yards of 1/2" wide plastic or reed boning." This is because the pattern assumes the plastic boning will be too weak to work with a single layer. The instructions have you using two pieces per channel. I do NOT recommend 1/2" wide flat reed at all. It's very weak and will break too easily.

I use size 8 round reed, the sort used to make heavy baskets, and I use two pieces per channel. Of course it can break, just like anything if it's treated too badly. So far, I have not had a reed bone break on me during typical wear and use.

The benefits of reed boning are pretty great. It's much cheaper than all the alternatives. You can get a pound coil of it for $10 (usually with another $10 in shipping, but $20 is still far better). A pound turns out to be a LOT OF LENGTH. I have made three lobster bustles and a set of panniers from just one pound coil of this reed. You can also cut it with the sharp inner teeth of a standard pair of pliers (no more bolt cutters or tin snips).

It's not all great, though. The reed only holds a decently straight shape for about 40", so using it to make hoop skirts is probably not going to work. It starts curling and warping, and just won't hold a nice circular shape at the bottom of a hoop. Remember, reed is natural. It has has natural deviations in grain and isn't perfectly straight like man-made items.

Size Recommendation
I made these panniers in size 16, and they are HUGE. They would easily service a wearer up through the pattern size 22 and larger. If you're going for a good moderate silhouette (and not one of the outlandish grand court widths) there really is no reason to make any size over 16. At that size, the difference in skirt width at the sides is already 7" longer than that at the center front. A 7" jut is a pretty big set of pocket hoops! 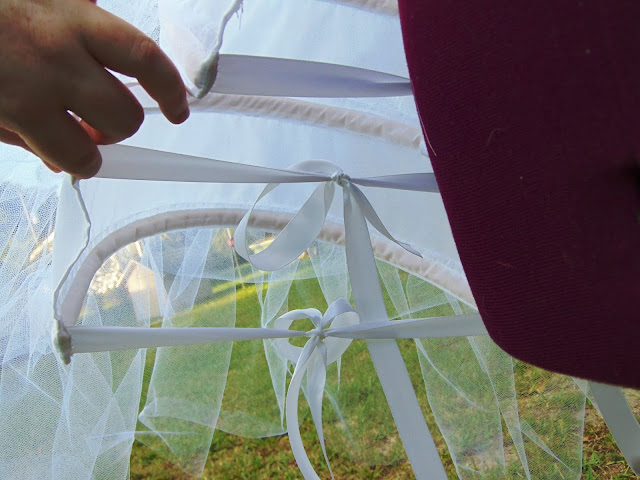 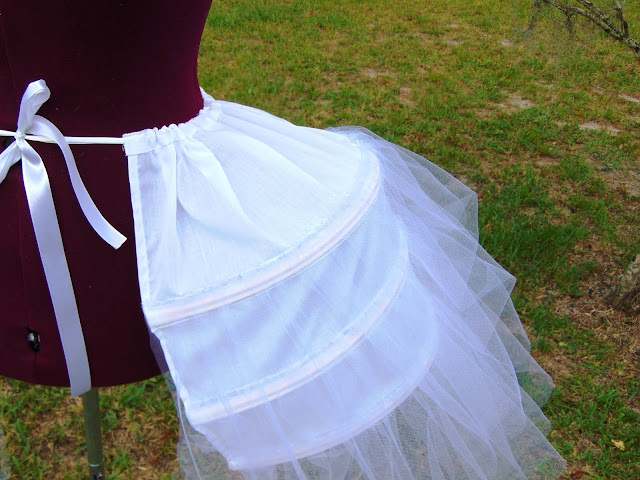 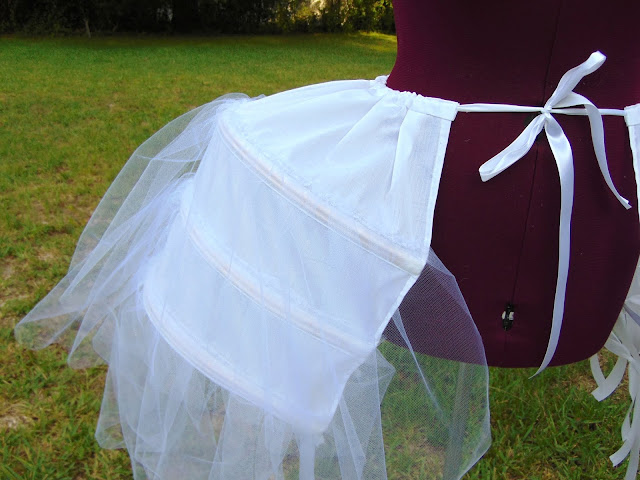 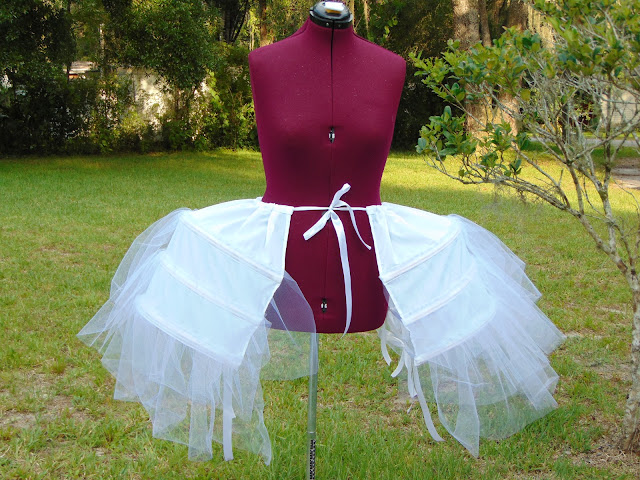