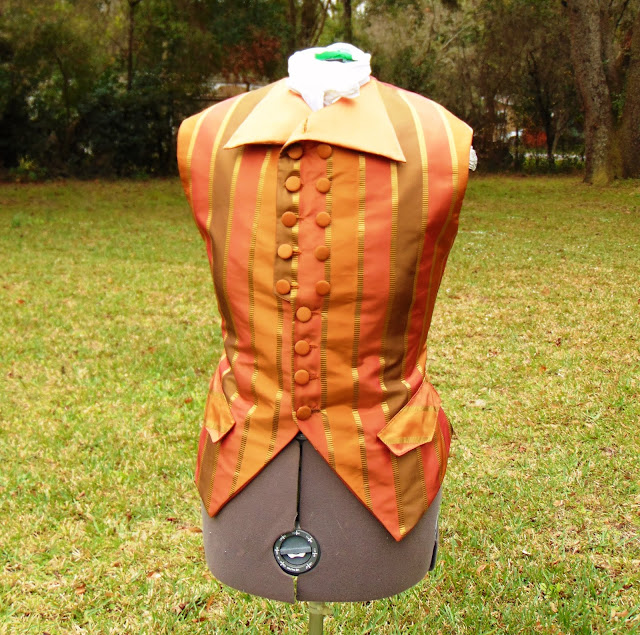 SummaryThe is the second waistcoat I've made from the Margot Hill book. The first was the 1755 Waistcoat. Like all the patterns in this book, it suits a slim figure. The design is also a bit unusual. The book sets it from 1780, but it feels a bit later. Perhaps better suited the transitional period between Rococo and Regency, like 1790s. The length and cut away style are 18th century, while the lapels and double breast upper section feel much later.


Construction
Since the Hill book does not include any sewing or assembly instructions, I followed the general HA methods outlined in parts of The Cut of Men's Clothes, and other books. All hand stitched, included in the buttonholes. The buttons are also self-made over wood rounds.
Since I was using taffeta for this waistcoat, I flat-lined the pieces with a plaid linen. The flat-lining serves as a base to which I could stitch the front buckram interlining and, later, the collar bone area padding. (it's possible to catch-stitch to the back of some thicker fabrics, like wool, but that doesn't work with taffeta.) 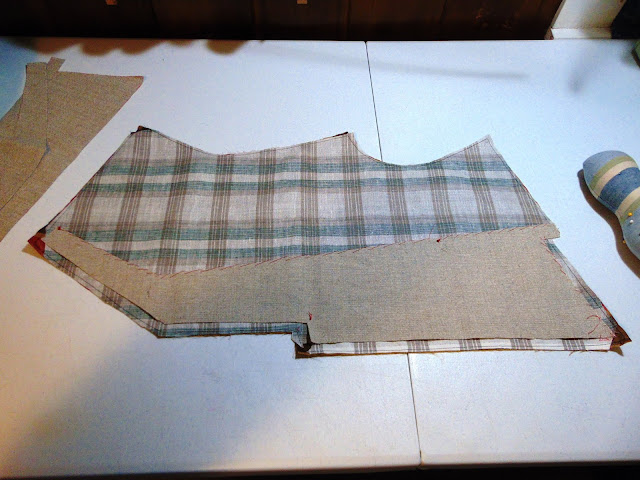 (Above) The linen buckram interlining, with seam allowances trimmed off. It is slip-stitched to the linen interlining only.
(Below) With the shoulder padding added, and the small pocket already laid in. 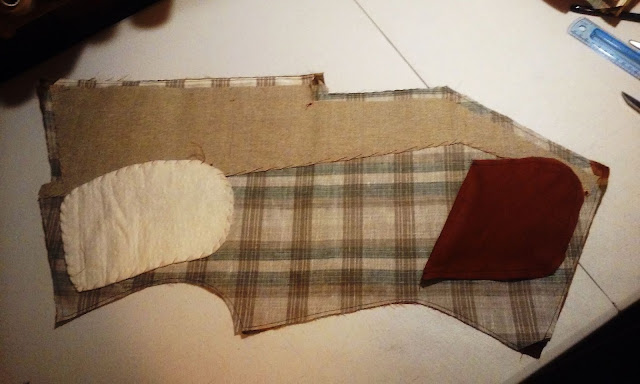 Take Away
A good pattern and definitely worth reusing. The design is simple enough to grade up or down without much trouble. The pattern results are a tad off from the pattern illustration, but I think the corrections for this are quiet simple. Next time I make this I will: 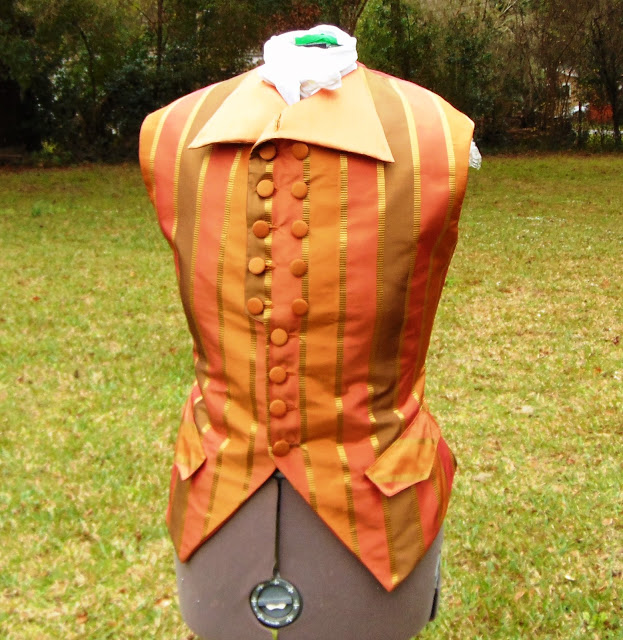 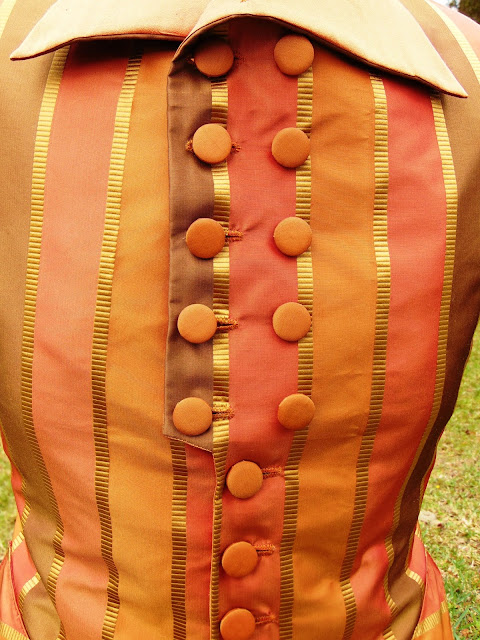 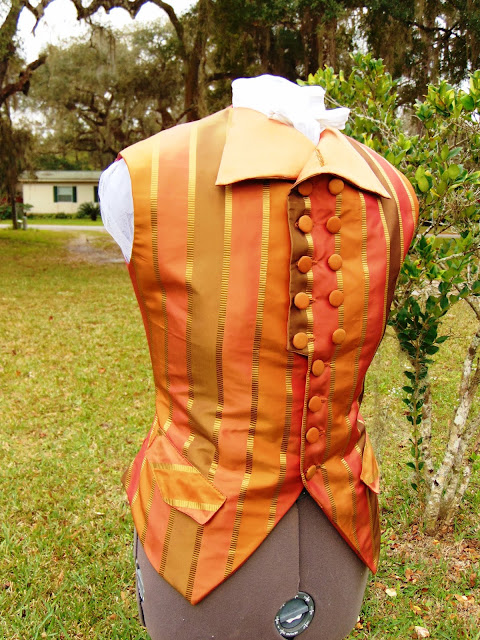 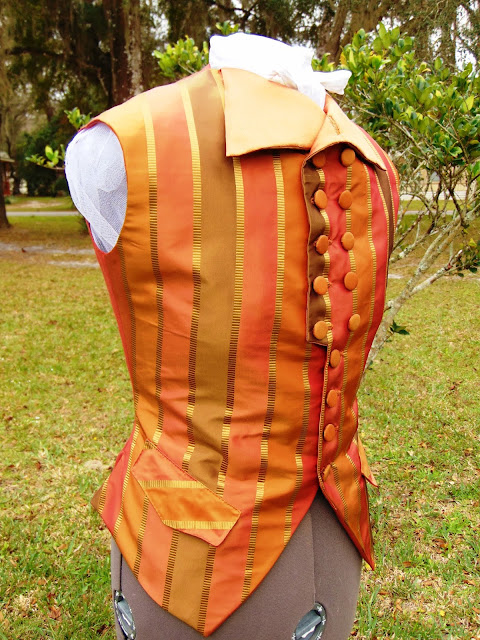 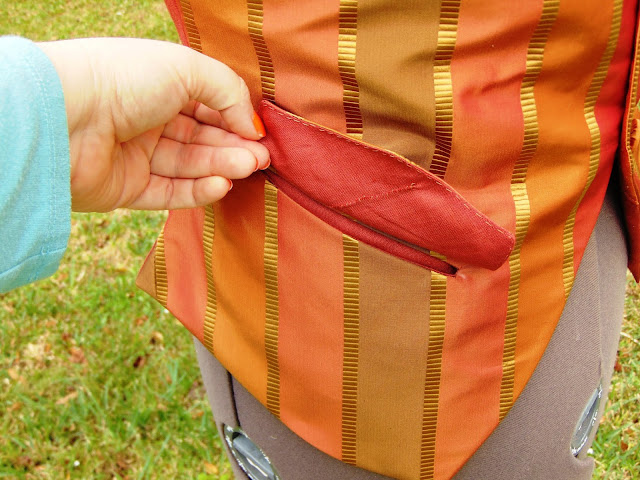 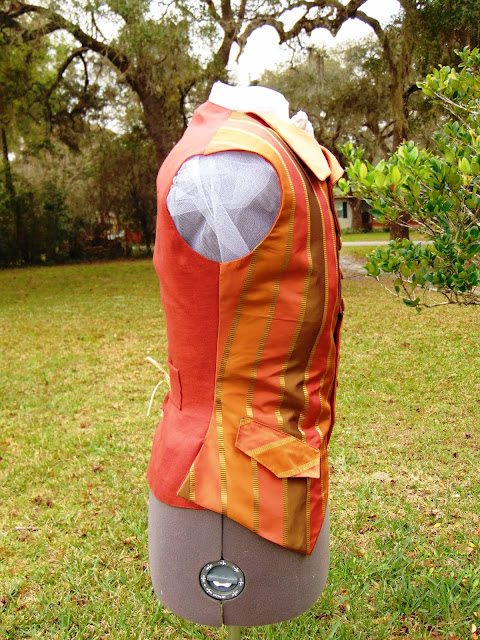 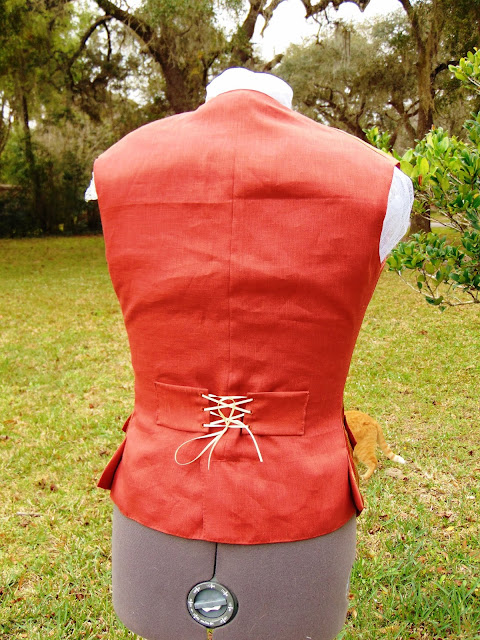 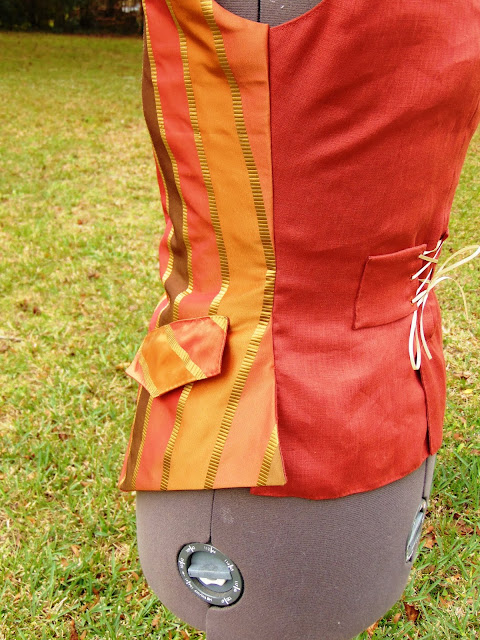 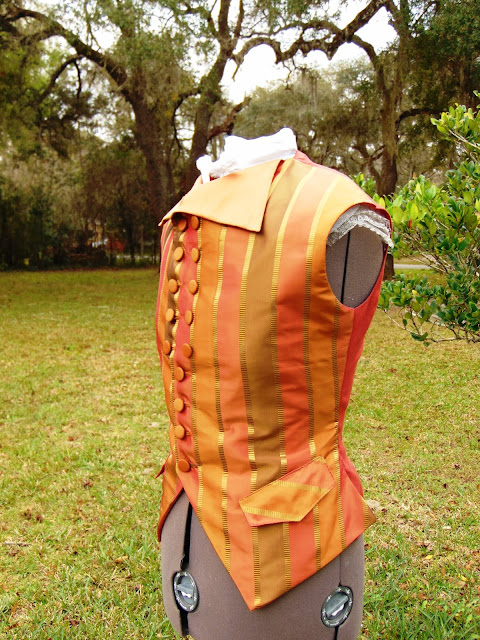 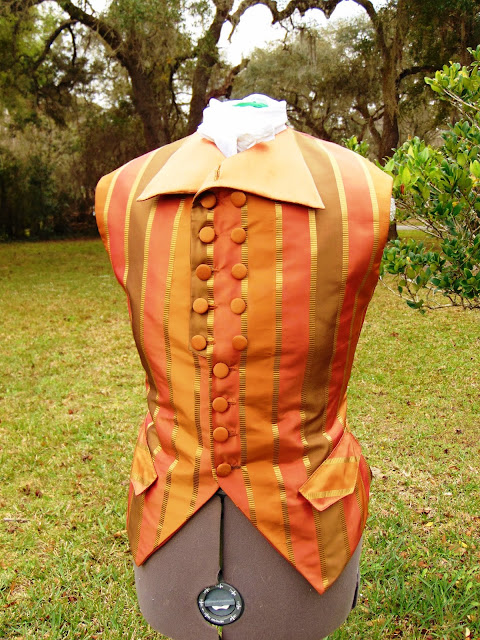