A few years ago I was trying to whip up stays that would be suitable to a late 1790s silhouette, that very specific period when it wasn't 18th century anymore, but it still wasn't quite Regency. What I really wanted was the Transition Stays pattern from Past Patterns, but I was broke at the time, lol.


Available on ebay HERE
So, I whipped up a sort of short stay with no gussets or cups to speak of, so you still get that pressed shelf look of the 18th century without the breast definition of the regency. I finished making them, and never wore them anywhere! So much is the life of someone who lives in rural Florida and doesn't get the travel much for events (and "much" is being generous. Try never.) 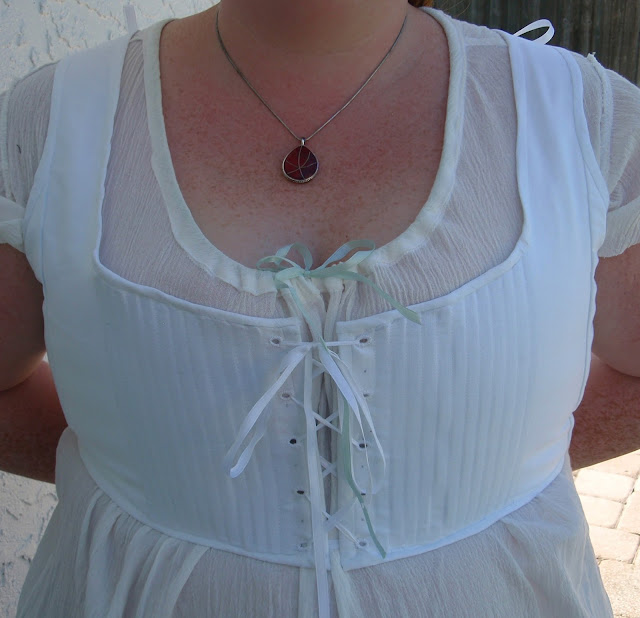 As you can see, they are essentially a loosely flat bodice with full boning in the front. The front portion are "tilted forward" as with 18th century stays, so that they create a shelf rather than a just a flat press. 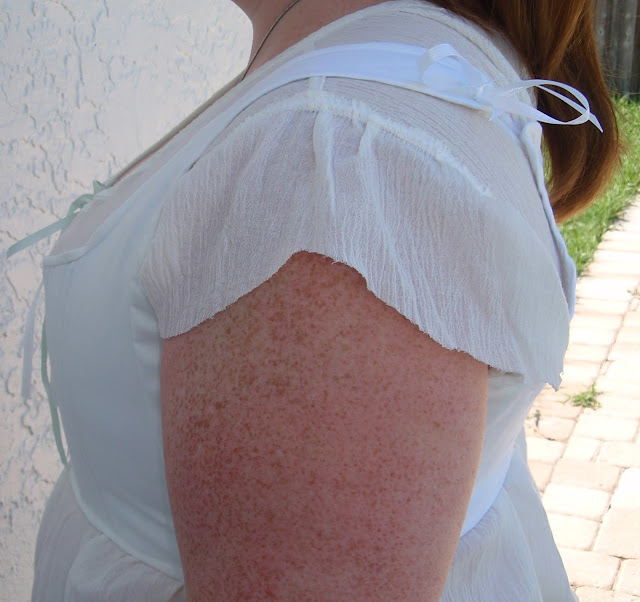 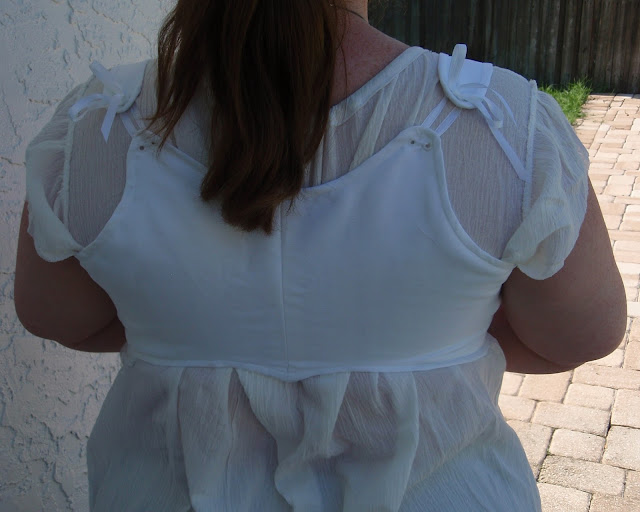 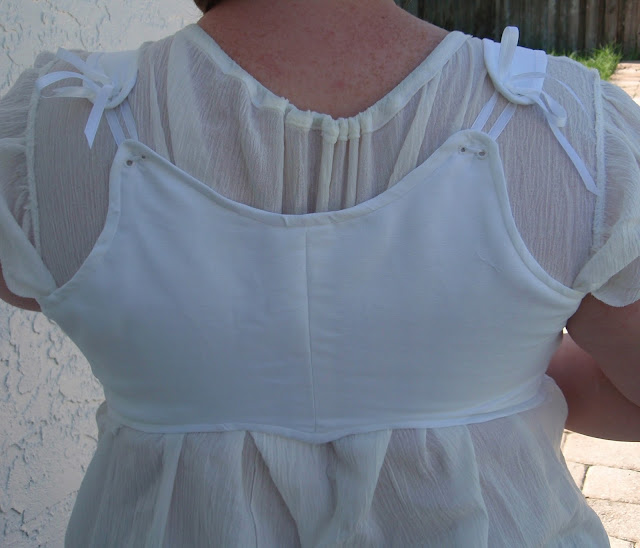